Religion & Worship in the Bible

Home  »  Religion & Worship in the Bible

The Religion of Israel 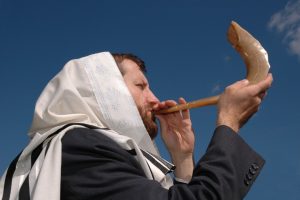 The starting point of Israel’s religion is the day when God spoke to Abraham, telling him to leave his land and his family home and go to a new country. On that day God promised to make Abraham the father of a great nation. Abraham took God at his word. He put put his trust in the Lord, and because of this the Lord God was pleased with him and accepted him.

So the very first and most basic belief of the Jewish religion is the certainty that God is real and that human beings, individually or as a group, can know him. Abraham, we are told, did as God said. He moved to Canaan, and in various places where he set up camp he built an altar and worshiped God.

Abraham’s faith in God was at times shaky. But he knew that God had committed himself to him and to his family, that was to grow into the nation of Israel.
Genesis 15:6

Abraham
Jacob
Moses
The Exodus and Mt. Sinai
The time of David and Solomon
The prophets
The Exile
Between the Testaments


We have reached 05% of our yearly goal