Home & Family Life in the Bible

The Bible claims to be a record of the way God showed Himself to man – at a particular time and in a particular place. 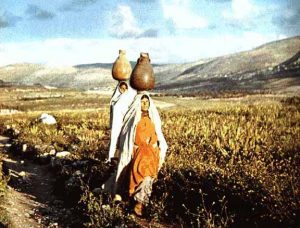 But why did God select the land of Israel for His ‘chosen people’? It was a small, unimportant corridor-land. The national capital, Jerusalem, was third-rate trade center in a world which already, even then, possessed some great cities. But the very fact that Israel was a land to pass through, rather than to stop in, made it an ideal place from which new ideas – or new revelations – could spread. It lay between two of the great cultural centers of the early world, Egypt and Mesopotamia. It was a land through which many people passed on the great trade-routes.


We have reached 85% of our yearly goal